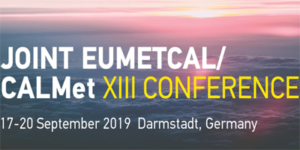 The joint CALMet XIII and Eumetcal Conference 2019 was held in Darmstadt, Germany, from 17-20 September 2019.

There were 99 participants, most from Europe, but there were some representatives from other regions. Fifty-nine percent were attending for the first time.

Most participants (two-thirds) reported they work for NHMs, with others coming from universities and air traffic control. The most common primary roles were lecturer, instructional designer and meteorologist.

Two-thirds of participants were presenting a paper or held a workshop during the conference.

When asked why they attended the conference, the most common answers were to find out about meteorological training and to look for an opportunity to collaborate.

More than 95% felt the conference supported their goals.

“We were inspired. We tried new things. We had new energy to improve or start new ideas. We have a place to grow as a community.”