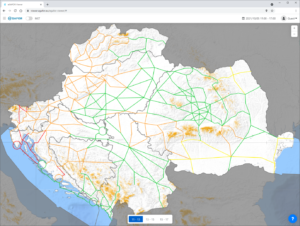 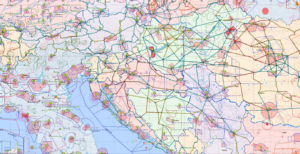 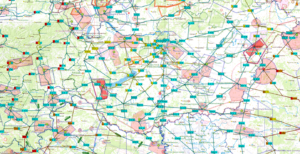 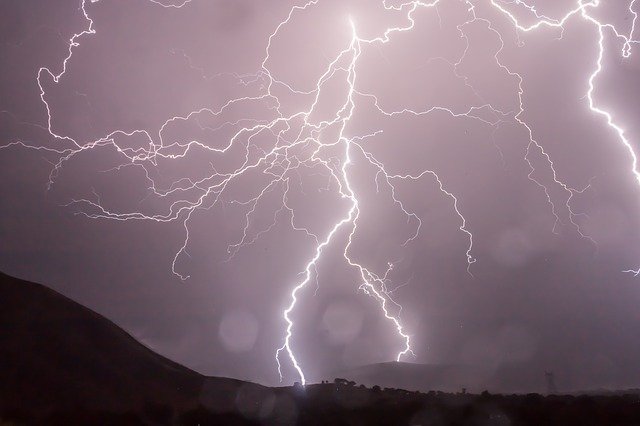 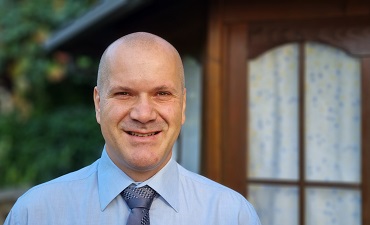 EUMETNET would like to welcome Klemen Bergant, who has taken over from Eric Petermann as the new Executive Director from 1st September.

“It is a great honour and responsibility for me to take up the post of Executive Director of EUMETNET and thus support members in developing their individual and joint capabilities in the fields of observation, forecasting, climate and aviation.”

During his time at ARSO, he was a permanent representative of Slovenia with the WMO (World Meteorological Organisation) and the Slovenian delegate at EUMETSAT (www.eumetsat.int) and ECMWF (www.ecmwf.int) Councils.

He also represented ARSO at the EUMETNET and ECOMET (www.ecomet.eu) Assemblies as well as in the ALADIN consortium for limited-area modelling and its Central European subgroup RC-LACE. He was EUMETNET Assembly’s Vice-Chair (2009 – 2013) and Chair (2013 – 2015), Chair of the Science and Technology Advisory Committee (2013 – 2015), and Chair of the EUMETNET’s Governance Task Team (2009 – 2010) that proposed the current structure of EUMETNET.

“Through the cooperation of national meteorological services with atmospheric and ocean observations in remote areas, efficient exchange and dissemination of data, coordination of forecasting and warnings, EUMETNET also helps its members to address the challenges of extreme weather events that are becoming more frequent and severe due to climate change.“ K. Bergant

Before joining the Slovenian Environment Agency, he was Head of the Centre for Atmospheric Research at the University of Nova Gorica, Slovenia, where he is still Adjunct Professor of Meteorology. 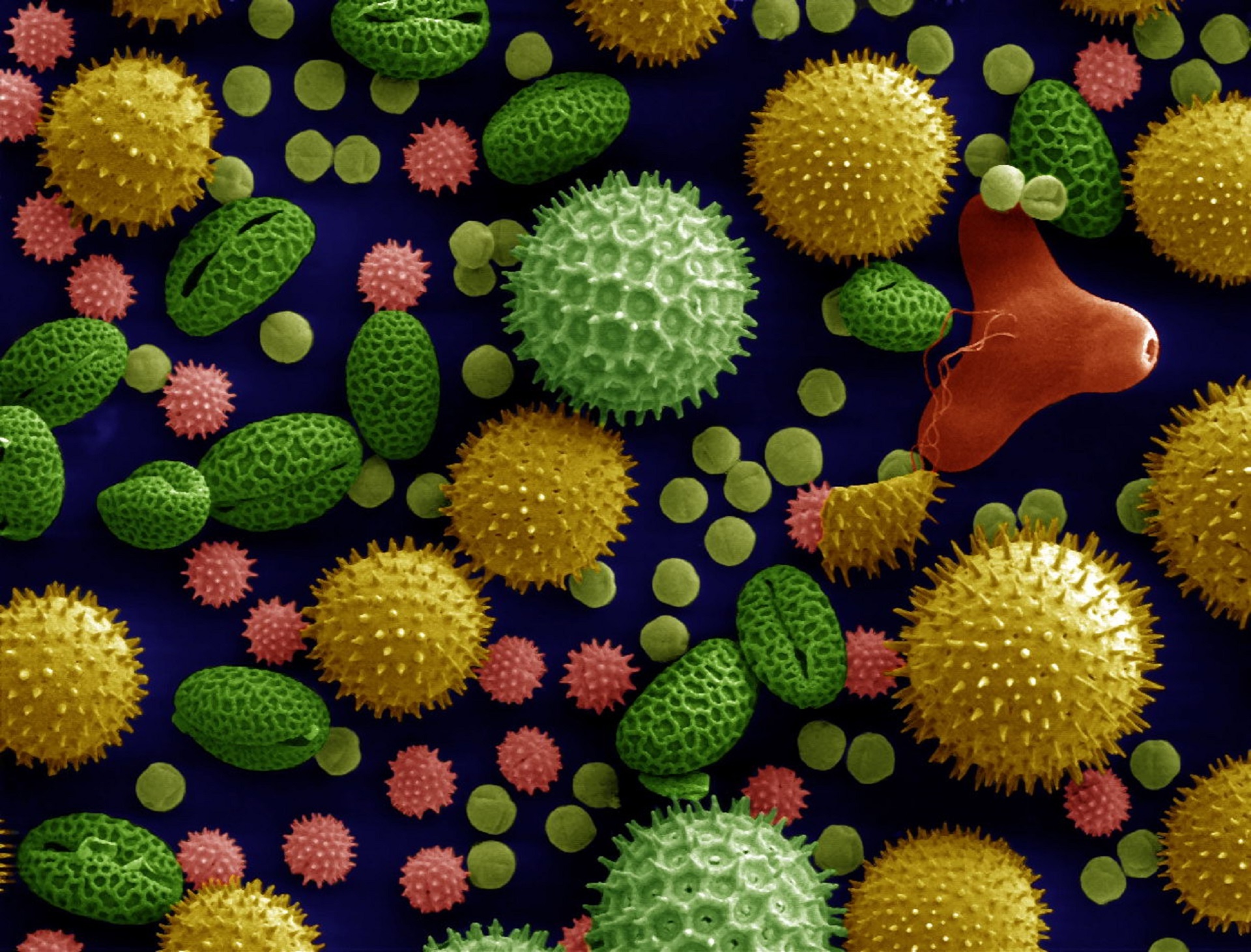 The EUMETNET AutoPollen activity was featured in a report made at the Annual Congress of the European Academy of Allergy and Clinical Immunology – see link to report below: 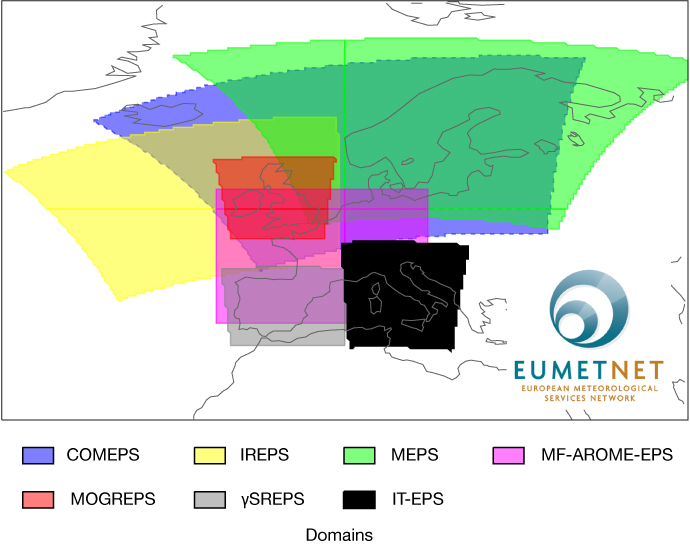 An archive of convection-permitting limited-area model ensembles of European countries has been established at ECMWF, as part of the cooperation within the SRNWP–EPS (Short-Range Numerical Weather Prediction – Ensemble Prediction System) project of EUMETNET…

Saharan dust outbreak as observed by the E-PROFILE network

Over the weekend a strong outbreak of Saharan dust affected large regions of Europe and lead to number of photos as seen in Figure 1 with red-coloured skies and dramatically decreased visibility. Such conditions were observed by many ALC’s (Automatic lidars and ceilometers) in the E-PROFILE network, as illustrated in Figure 2. The origin of the air is clearly Saharian as indicated by the back-trajectories in Figure 3.

Dense 24/7 networks such as E-PROFILE are an ideal tool to monitor the horizontal, vertical and temporal distribution of aerosols and prove extremely useful to assess the situation in such events. This is illustrated by Figures 4-6 which indicate how the dust plume moved over Europe. It was located over Spain on 05 February before gradually moving towards the North and East during 06 and 07 February. This is a showcase for Saharan dust mixed into the boundary layer, but such a monitoring is possible for any aerosol type at any tropospheric altitude. 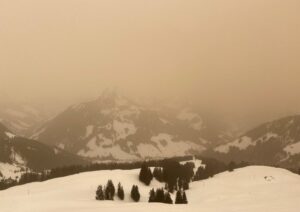 Fig.1 Strong limitation in visibility and atmosphere in reddish colours in the Swiss prealps. Picture taken by Alexander Haefele in the afternoon of 06 February 2021. 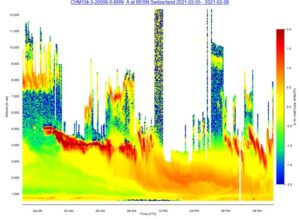 Fig.2 Attenuated back scatter observed on 06 Feb by the E-PROFILE ALC in Bern, Switzerland, in proximity to the location of the picture in Figure 1. A massive intrusion of Saharan dust reaching the boundary layer in the late morning can be observed. 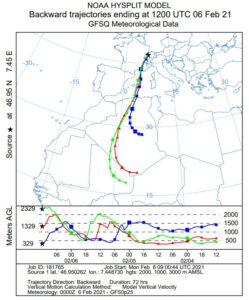 Fig.3 Back-trajectories arriving in Bern, Switzerland on 06 Feb 12:00 for different altitudes. They clearly indicate the Saharan origin of the airmass. Data from HYSPLIT accessible at www.ready.noaa.gov. 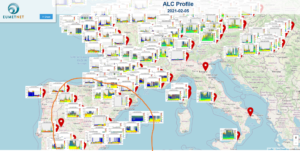 Fig.4 Overview of attenuated backscatter profiles observed on 05 Feb at several central-European stations. The area delimited by the orange line denotes the area where high dust concentrations were observed. Interactive view at: https://e-profile.eu/#/?currentView=CMProfile&measurementDate=2021-02-05&QLSize=70 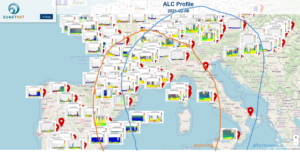 Fig. 5: Overview of attenuated backscatter profiles observed on 06 Feb at several central-European stations The area delimited by the orange and blue lines denote the area where high dust concentrations were observed during the morning and the afternoon, respectively. Interactive view at: https://e-profile.eu/#/?currentView=CMProfile&measurementDate=2021-02-06&QLSize=70 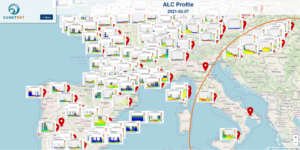 Fig. 6: Overview of attenuated backscatter profiles observed on 07 Feb at several central-European stations. The area delimited by the orange line denotes the area where high dust concentrations were observed. Interactive view at: https://e-profile.eu/#/?currentView=CMProfile&measurementDate=2021-02-07&QLSize=70 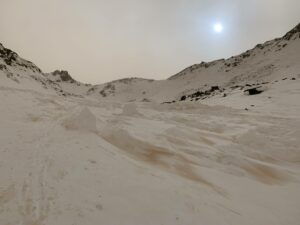 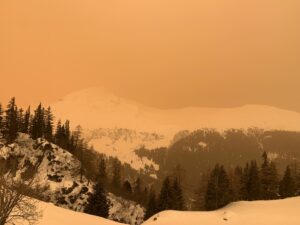 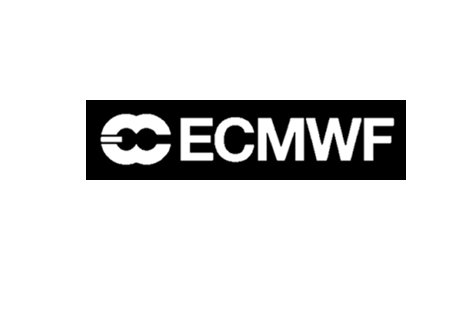 For further details, please see the link below:

To register and for further information please click here

With its new update to iOS 14, Apple’s standard weather app now attributes EUMETNET and Meteoalarm as its source.

The app uses the Weather Channel, a company owned by IBM, whose weather systems use the Meteoalarm feeds.

Collaborative Forecasting for Aviation in Europe 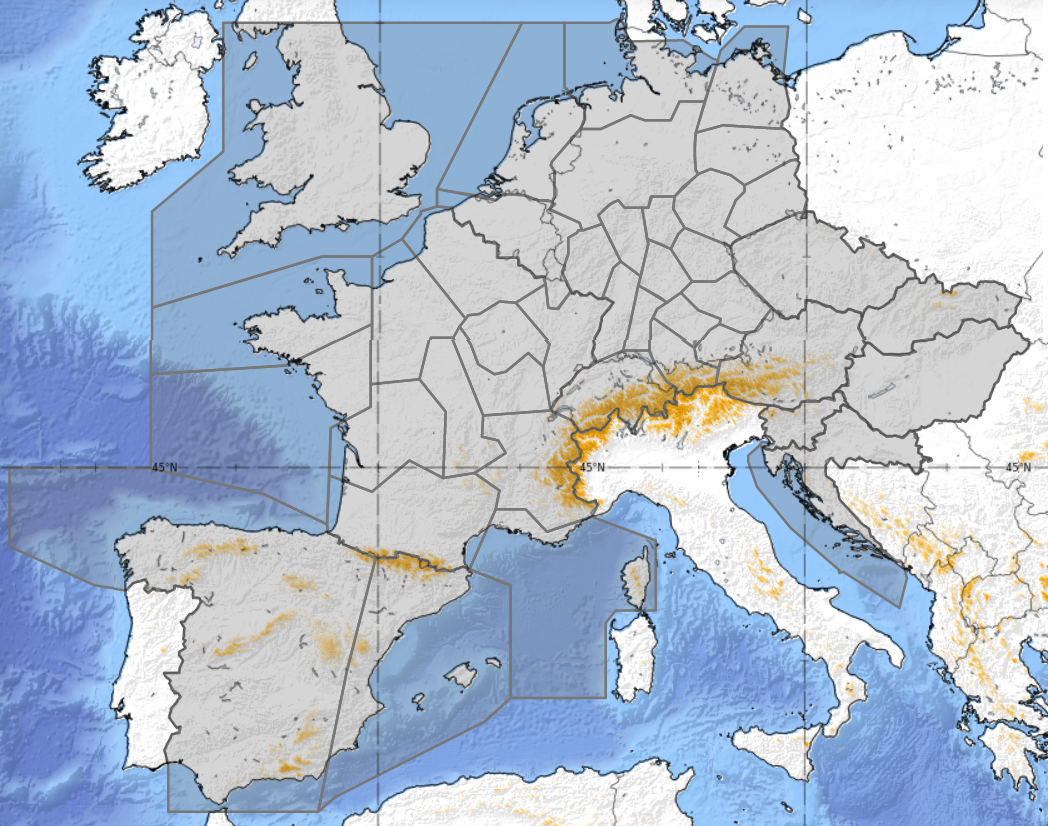 Once again, this year, Operational Meteorologists at 12 national MET Providers will be taking part in the European Cross Border Weather Advisory procedure for EUROCONTROL Network Manager. The EUMETNET members producing the daily forecast output provides clear, and internationally consistent, information regarding the severity and probability of convective weather across the forecast domain; which has expanded further for 2020 and encompasses some of the busiest routes and sectors in Europe.

The procedure’s primary goal aims to increase EUROCONTROL Network Manager’s (NM) and participating ANSP’s (Airspace Navigation Providers) awareness of potentially significant convection that could disrupt the European Aviation network within the next 12 to 36 hours to support operational decision makers’ effective and efficient management of the network. However, this year, the cross-border weather procedure will also play an important role in ensuring that the recovery from COVID-19 is as delay free as possible. Traditionally weather is one of the major causes of capacity reduction across wide areas of the aviation network, so a collaborative approach to weather management will be vital to ensure its impact is reduced as much as possible as air traffic begins to increase.

Cumulonimbus (CB) clouds are the main meteorological phenomena that this forecast focuses on, primarily as CB clouds can be used as a proxy for possible ‘weather avoidance’. Weather avoidance is the unplanned movement or deviation off the original flight plan requested at short notice by pilots as a result of ‘weather’ ahead. The reason that pilots would want to avoid these cloud types is due to the hazardous conditions associated within them (e.g. severe turbulence, downdraughts, icing and lightning). Multiple avoidance requests will lead to additional workload and complexity for air traffic controllers, who are then unable to safely handle the ‘normal’ amount of traffic, and capacity of the airspace is affected. This ultimately can lead to the implementation of decisions and measures to help mitigate against this by ANSPs.

The service this year has a delayed start of 1 June (due to COVID-19) and will  run until to the end of September 2020.

Example of a forecast 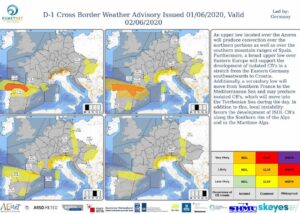 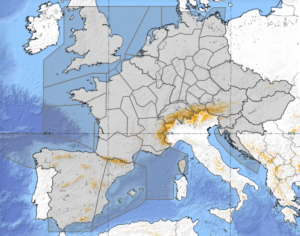